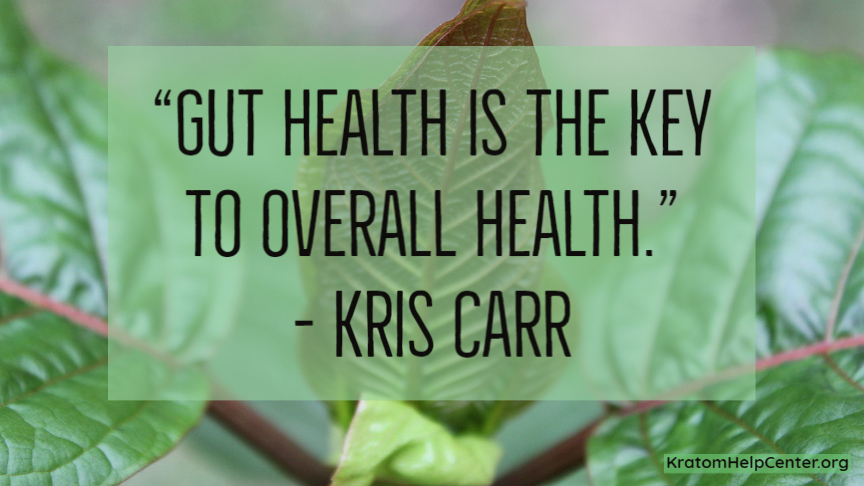 The kratom plant is typically found in the rainforests of Southeast Asian countries. It is also a member of the coffee tree family. For centuries, many of the ancient cultures of this region have chewed kratom leaves as a natural stimulant and diarrhea remedy. Kratom has been known to treat various ailments and provide energy stimulation. As always, read our disclaimer first.

In recent years, this mysterious plant has made a rapid emergence in the western world. It has been reported to treat ailments, including chronic pain, anxiety, and even reduce the symptoms of opiate withdrawal in some cases. Kratom has also been quite popular with patients who suffer from the bothersome symptoms of Crohn’s disease and Irritable Bowel Syndrome.

It is important to mention that kratom is not a regulated substance and the content of this article is for informational purposes only.

As kratom steadily gains popularity across the globe, the number of known benefits and uses continue to increase as well. Kratom owes its wide variety of uses to the different types of alkaloids found in its leaves. Mitragynine and 7-hydroxy mitragynine are said to have countless benefits. Some benefits are stimulation, sedation, and even different levels of pain relief.

However, many people are unaware of the lesser-known uses and benefits of herbal kratom. One such use is as a potential remedy for diarrhea and upset stomach. So how does it work?

One of the most unbearable symptoms of Crohn’s, IBS, and opiate withdrawal is diarrhea. Not only is diarrhea unpleasant and painful, but it can also be dangerous. It is quite easy to become dehydrated from excess diarrhea. In addition, people who suffer Crohn’s disease, IBS or ulcerative colitis find it very difficult to lead a healthy life. Diarrhea is inconvenient and causes undue stress and anxiety

Various strains of kratom have been used to lessen the effects of opiate withdrawal.  They have also demonstrated great potential benefits from those who self-treat. While the exact mechanism is not entirely understood, researchers in this study theorize that kratom effectively binds to the mu-, delta- and kappa-opioid receptors, acting as an analgesic and blocking pain pathways. Users report experiencing less pain associated with opioid detox. These are also the same receptors that are responsible for chronic pain treatment.

Kratom as a Diarrhea Remedy

The reported effects of kratom are quite diverse. One important clarification is that these effects are usually dose dependent. Many users say that a high dose of kratom will result in constipation. On the other hand, low doses are reported to be a useful aid for symptoms of diarrhea.

More research needs to be conducted as to why kratom use has this effect, but it is believed that the plant slows peristalsis. Peristalsis is the movement of the muscles in the intestines that moves its contents through the gut. If the muscle movement is delayed, the contents remain in the intestines, thus possibly slowing diarrhea.

By the same token, it is reported that kratom could also have the effect of tightening the sphincters in the gut. When this occurs, the flow of intestinal contents is slowed. This can result in lessening or even stopping diarrhea altogether. This effect could also be beneficial to those with IBS or Crohn’s disease. People with these conditions often experience chronic diarrhea.

Without a doubt, there are many claims about the capabilities of the kratom plant. One of the more researched capabilities is the plant’s function “to inhibit pro-inflammatory mediator release and vascular permeability and can enhance immunity,” according to this 2017 study. In other words, it’s good for pain relief.

Kratom contains a little over 30 different alkaloids. Two of these, called epicatechin and rhynchophylline, are well-known for their anti-inflammatory benefits. They are present in small doses in kratom. Many users that suffer from inflammatory disorders testify to finding relief after consuming kratom. Conditions such as cancer, Alzheimer’s, Crohn’s, and even arthritis could benefit from the anti-inflammatory effects of these alkaloids.

All strains of kratom contain some amount of anti-inflammatory alkaloids; however, some contain more than others. Yellow Borneo, Green Bali, and Indo red vein Maylasian or Borneo kratom are known for their high alkaloid levels. These strains and others are available in most supplement shops as well as online retailers.

How to Use Kratom for Digestive Issues and Increase Appetite

As it was mentioned previously, the amount of kratom product ingested can have different effects. For instance, if too much kratom is taken, it can cause more diarrhea. With this in mind, it is important to investigate the proper dosing procedures. So which strain and how much do users recommend for gut health?

In many cases, users have reported success with all strains of kratom, as long as they are high potency. A decent strain should be high in alkaloids to experience the best results.

Diarrhea typically comes with numerous side effects, such as inflammation. As a result, many users recommend taking a high potency red strain, which can have the added benefit of calming the mind and body while reducing abdominal pains.

It is important to note that it is also recommended to consume fiber during this period to give the intestines something solid to process. Using a red vein strain of kratom also has the reported effect of increasing appetite in many users. This benefit is very desirable for those with a low – appetite due to medication.

After the effects of diarrhea have passed, the body can be left feeling weak and dehydrated. In addition to consuming plenty of water, most users suggest taking a white vein kratom. White vein is known for its reported rejuvenating and energizing effects.

How much is recommended?

The Takeaway on Kratom as a Diarrhea Remedy

In conclusion, herbal remedies such a kratom have potential benefits to aid in digestion issues. Many users report that in individual doses, kratom was able to help or remedy diarrhea in certain situations. Including kratom and high fiber foods into your diet could possibly decrease inflammation and help regulate bodily functions. Some users have reported using kratom as a natural diarrhea remedy. Remember to always consult a physician before starting any new supplement or dietary change.