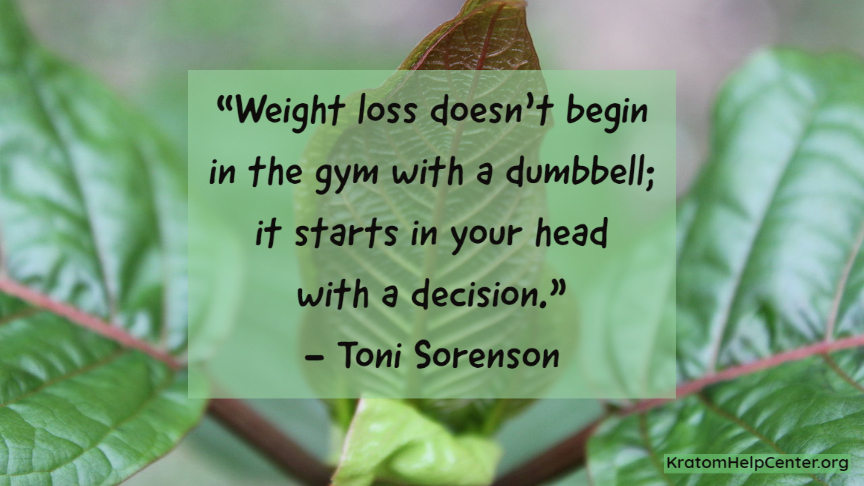 In a study by the World Health Organization, the rate of worldwide obesity has more than tripled since 1975. Obesity is truly a global epidemic and can cause a lot of physical and emotional issues. Often, overweight people want to know how to lose weight quickly. However, rapid weight loss can be dangerous. But, how about losing weight with the help of a natural plant supplement like kratom?

If a person is overweight, they are at higher risk of developing type 2 diabetes, hypertension, dyslipidemia, heart attacks, heart disease, and stroke. Those with obesity can also develop sleep apnea, liver issues, cancer, and gallstones. Furthermore, obesity can also lead to psychological problems such as low self-esteem, anxiety, depression, and even eating disorders.

Diet and Exercise to Combat Obesity

A healthy diet and exercise program is usually the best way to combat obesity. However, some people feel the need to resort to medical solutions. Modern methods of treating obesity are typically adequate such as pharmaceutical appetite suppressors. Many of these pharmaceutical options come at a high cost and pose a risk to people who take them. With that in mind, the demand for a natural alternative makes sense. Kratom is the common name for mitragyna speciosa, a popular natural option that has been gaining a lot of attention. It is a tropical plant from the Rubiaceae family and it’s indigenous to various countries in Southeast Asia.

Kratom as a Supplement for Weight Control

This plant has long been used for medicinal and therapeutic practices. It has been used as a stimulant, a chronic pain treatment, a diarrhea remedy, and even for opiate withdrawal treatment.

This versatile plant comes in many different varieties and strains. These varieties are often identified by the region they are cultivated in and also by the color of their veins or leaves. The different strains and leaves have a varying amount of compounds known as alkaloids. These alkaloids are the active ingredients responsible for the medicinal effects of the plant. They are more commonly known as mitragynine and 7-hydroxy mitragynine.

As mentioned before, there are many strains and varieties of kratom. To see the greatest benefits, it is essential to know which strain and variety are best for each need.

Generally, for weight loss, Maeng Da and Thai kratom have been classified as useful. Users also report having success with natural artisan varieties.

These varieties are rich in alkaloids, which have been reported to aid in weight loss and appetite suppression. Users also reported effectively reaching their target weight, but also experiencing the following benefits.

Kratom as an Energy Booster/Stimulant

Often, fatigue and obesity are interconnected. Researchers aren’t positive whether fatigue leads to weight gain or the other way around, but one thing is sure. They are closely related. Researchers do know that a lot of energy is needed to lose those extra pounds and keep the weight off.

Kratom is often regarded as an energy booster and a stimulant. It has been said to influence the metabolic process and speed up blood circulation. It may also increase the levels of oxygen in the blood. With increased oxygen levels, comes more energy and the ability to burn fat. With more power, exercise becomes more comfortable, and stamina is improved.

One of the most commonly reported effects of kratom is the ability to mitigate certain forms of anxiety. When a person is stressed or anxious, they often crave sugar or fatty foods. Kratom can possibly replace those cravings by triggering the release of known pleasure endorphins, such as serotonin.

This release of endorphins can calm the triggering effect of anxiety and fight the urge to eat fatty foods. It is then easier to focus on a healthier or lighter snack instead.

Kratom is also known to work as an appetite suppressant. It can help reduce one’s daily caloric intake by suppressing the desire to eat. This is another way that kratom acts as an opiate, blocking the same receptors in the brain. However, kratom is far less harmful than dangerous opioids you hear about on the news. Furthermore, kratom users do not report the same stomach issues caused by taking opioids.

How to Increase Your Focus With Kratom

Many users reported an increased level of focus and motivation after taking kratom. Being physically active is one of the best ways to lose weight and stay fit. Often, it is hard to find the motivation to remain active, however. It is possible that kratom activates the opioid receptors in the brain and causes the release of dopamine and serotonin.

Although these effects are commonly reported, they may vary from user to user. They are also dependent on the strain and the dose. Often it takes some trial and error in order to find the proper strain of kratom and the right dosage. Many users recommend starting small, around 1-2 grams, and gradually increasing until the desired effects are reached.

Many users report that smaller doses provide enough stimulation to reach the desired effect of lessening anxiety and increasing motivation. If 1-2 grams, 2-3 times daily, isn’t sufficient, then the next dosing recommendation is to increase to 4-5 grams. If much more is ingested, it may have an overwhelming sedative effect, counter to the desired stimulation.

Kratom is a powder or capsule that is generally regarded as safe and effective. It can possibly reduce and suppress appetite and food cravings. Reducing caloric intake can be useful for weight loss.

Green Maeng Da kratom is said to be the best strain for losing weight quickly. Kratom can be purchased at natural supplement stores or from trusted online vendors.

Red Thai kratom is also very popular as an appetite suppressant and a pain reliever. In this case, capsules are the best form of consumption.

No matter what strain you choose, kratom is taking the world by storm for its potential weight loss and pain treatment abilities. Be sure to talk to your physician before taking any supplements and always use kratom responsibly.